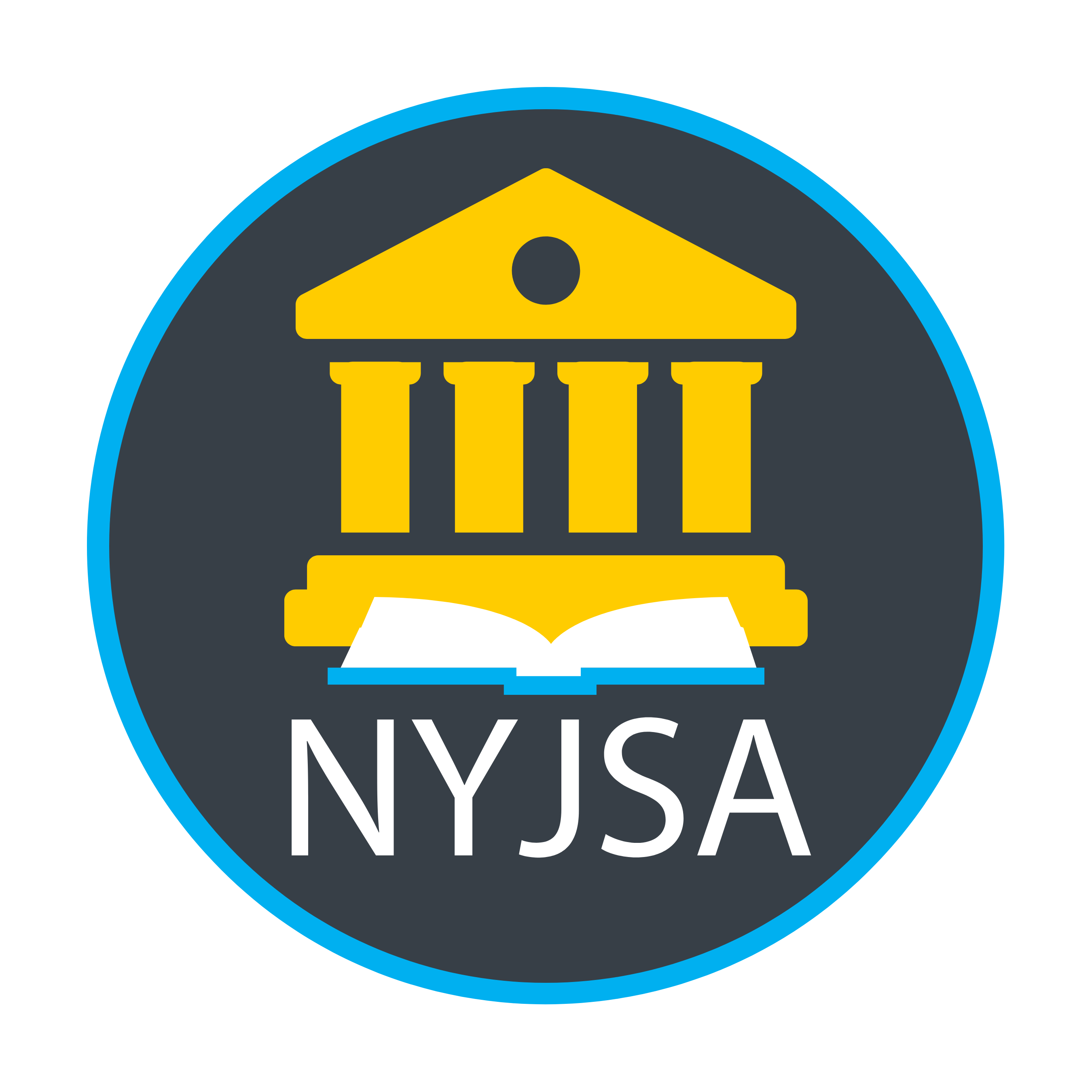 
The New York Journal of Student Affairs (NYJSA) is published on behalf of the College Student Personnel Association of New York State (CSPA-NYS). CSPA-NYS is a comprehensive professional student affairs organization dedicated to fostering the development of its members, a diverse community of educators, students, and scholars within higher education, across the state of NY and beyond.

History of the Journal

The College Student Personnel Association of New York State published 10 editions of the journal in conjunction with Buffalo State College between 1984 and 1995. The journal was titled the CSPA-NYS Journal. Volume 1(1) was published in Spring 1984 under the leadership of editor Dr. Thomas Quatroche (Buffalo State) and co-editor Dr. John Marshall (SUNY Potsdam). The 68-page edition featured themes that fit well with current student affairs issues and scholarship. They included:


Thomas Quatroche served yeoman duty, serving as the editor for the first 10 editions of the journal. From 1984-1990 the journal published annually in the spring or summer, then it went to a more flexible schedule from 1991-1994/1995. The content was a mix of original manuscripts and rich book reviews for the student affairs practitioner. The topics covered in the journal during those years and often repeated today included academic and student affairs relationships (1985); implementing a student development program (1986); enrollment and the student affairs practitioner (1988); student ombudsmen (1987); stress and coping strategies (1987); multiculturalism in higher education (1988); retention (1988); commuting student support (1989); empowering women (1989); development of AIDS education (1991); adult learners and student affairs (1992/1993); student affairs and fundraising (1993/1993); assessment in student affairs (1993/1994); retention of Native American students (1994/1995); and views of sexual orientation on campus (1994/1995).

The CSPA-NYS Journal published a 10th anniversary edition in 1994/1995. With changes in the organization and volunteer staffing, this turned out to be the last print edition. The journal went on what could have been a permanent hiatus.

After a 13-year hiatus, in 2007 the CSPA-NYS leadership and an interested editorial team began to discuss the possibility of restarting the journal to meet important publishing and practice needs. Because of the significant production cost and the added complexity of distributing a print journal, an online format was proposed. NASPA had recently moved to an online-only format and others were to follow. Canisius College agreed to host the new online journal as an open access publication in 2009. The journal adopted the Open Journal Systems (OJS/PKP) platform supported by the Canisius College Library.

The founding editorial team of Editor Dr. Sandra Estanek (Canisius College), Managing Editor Danielle LaMarre (Canisius College), and Technical Editor Dr. Logan Hazen (University of Rochester) was appointed. Danielle had the major task of learning the software platform to manage an online journal. Logan laid the foundations for the developmental support process for authors underlying the new journal. Sandy set to work to establish the founding editorial board, to be comprised of senior student affairs professionals and faculty members representing institutions from across New York state. The editorial leaders and the founding board were charged with establishing the editorial policies for the new journal before the first manuscripts could be solicited.

The NYJSA editorial board members have always a talented group of student affairs and higher education professionals and faculty member volunteers who give to the profession by contributing their time and experience to peer review manuscripts and advise the editors and authors. The founding editorial board (and their institution at that time) was composed of Dr. Julia Davis (SUNY Plattsburgh), Dr. Bassam Deeb (Niagara Community College), Dr. Cathy Engstrom (Syracuse), Dr. Richard Herdlein (Buffalo State), Barbara Jones (SUNY Delhi), Dr. Jelane Kennedy (College of St. Rose), Dr. Jason Lane (SUNY Albany), Dr. Patrick Love (Rutgers), and Dr. Steve Tyrell (Alfred State). Dr. Brian Haggerty (University at Buffalo) served as the first liaison between the editorial leadership team and the CSPA-NYS board leadership. In the years that followed dozens of new board members brought new individual and broad expertise to support the journal and the authors submitting their work for the good of the profession.

It took two years to work out the details and in November 2011 the first issue of the “new” journal was published. The name was changed to the CSPA-NYS Journal of Student Affairs to better reflect the content of the journal and to facilitate modern electronic database searches. To indicate the continuity with the original CSPA-NYS Journal, the “first” issue was designated as Volume 11(1). Continuity was served as the journal retained its theory-to-practice focus. The print copy issues of the original journal were scanned and archived in the new online platform, further reinforcing the journal’s essential continuity.

While becoming an online publication, the journal retained elements of a traditional paper-style publication. The journal adopted a two-editions per year format when reestablished as an online publication. This strategy was retained from 2011 through 2017, but some important conditions contributed to evolving to a new format. The fixed publishing date schedule posed challenges for the busy volunteer editors, reviewers, and for many authors. Many authors felt pressure from delays in publishing completed articles for tenure, promotion, and job search processes. At the same time, academic publishing was moving to “first published online dates” in advance of the formal published date of the journal edition. This led to changes starting with the 2018 NYJSA publication. Manuscripts were then published immediately upon completion, not waiting for the official closing date. Initially each annual volume closed in March, but it eventually changed to a calendar year closing for simplicity.

The leadership editorial team for the journal typically was small, usually 2-3 members. Dr. Sandy Estanek, Danielle LaMarre, and Dr. Logan Hazen were the initial editorial leaders. Sandy and Danielle stepped down after Volume 12(2) in 2012. Logan became editor starting with Volume 13 (2013) and continued as editor through Volume 20 (2020). During this time two of the Managing Editors, Dr. Molly Sarubbi (University of Rochester/University of Denver) and then Dr. Angela Clark Taylor (University of Rochester/University of Redlands) were higher education professionals who were also advanced doctoral students whose terms overlapped as they trained and supported their successors. When Angela’s career took her away from New York, Dr. Amy Wilson (Buffalo State), who had served as the faculty representative to the CSPA-NYS and liaison to the journal, joined the journal leadership team as the Managing Editor.

The journal also got a fresh look, publishing platform, new functionality, and a new host site at that time. NYJSA moved from the Canisius College-supported OJS/PKP publishing platform to the Digital Commons (Academic Commons) platform powered by bepress. The transition was sponsored by the Higher Education Administration at Stony Brook University and hosted by the university’s library system.

This history was written by Dr. Logan Hazen and includes text from an earlier piece by Dr. Sandy Estanek.


The NYJSA is a peer-reviewed journal that seeks to enhance knowledge in the profession through the publication of empirical research, literature reviews, theoretical articles, methodological articles, media reviews (books, blogs, podcasts, websites, and reports), and case studies. Thoughtful essays and historical overviews are also accepted.

As the journal of CSPA-NYS, our mission is aligned in supporting the publication of established authors and the development of graduate students, practicing professionals, and early career faculty. In this way, we view the publication process as very much an educational process and work with authors uniquely through each phase of the review, to provide full consideration and constructive feedback in the review and publication process.